Welcome back! In today’s adventures… Nature! We loved the touristy things in Orlando but did also want to check out the stunning wildlife parks that surrounded us on all sides, so we put on layers of sunscreen and off we went 🙂

You will probably not be surprised to learn that the Blue Spring State Park is home to the Blue Spring, which is a large, naturally occuring heating spring that flows into the St Johns River. For this reason it’s often home to large numbers of Manatees during the relatively cold winter months, but sadly none were there when we visited. There were however a plenty of birds, all very eager to be photographed!

The Black Vulture on the end was actually trickiest to photograph because he was so close, I was sitting on a bench and he was about a foot away considering whether or not to try and eat me… thus the portrait style photo!

As well as the eager birds we were treated to yet another boardwalk through the jungle, this time running alongside the stream that comes from the Blue Spring and then on past the trees: 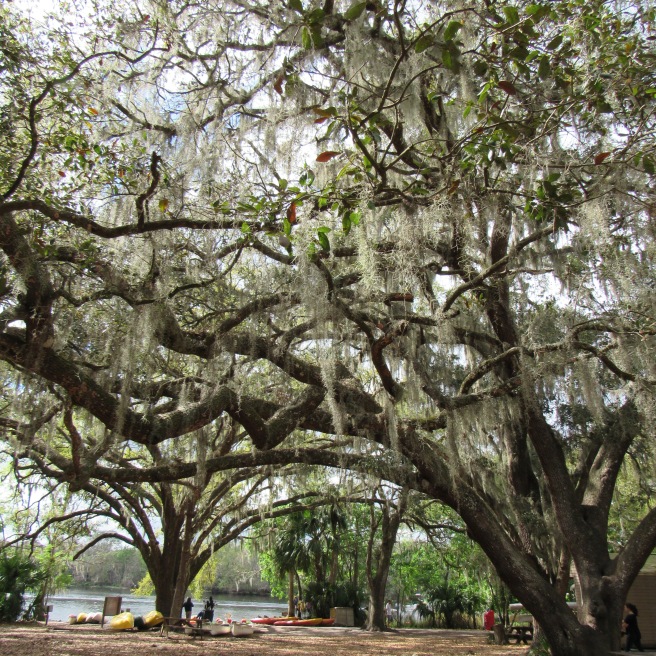 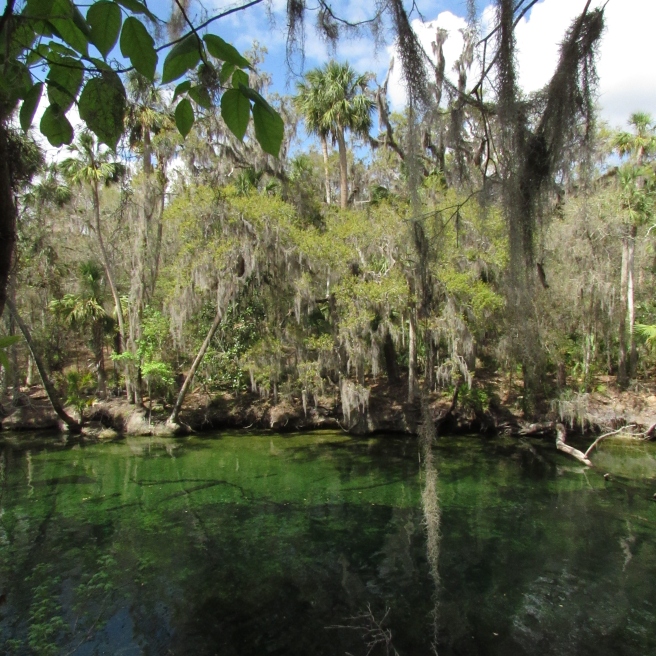 It was so pretty, and really delightfully warm! It sounds strange, but it was surprising how much difference the humidity made – in summer in Colorado it’s so hot and dry, whereas Florida honestly felt like standing in a hot bath. Lots of ice cream was eaten to keep us cool, a nice change from the desperate struggle to stay hydrated that is summer in Fort Collins 🙂

After a few hours strolling around we were well and truly sweaty, so decided to head back to the hotel. Our awesome hotel (Avanti Resorts, if you’re ever in Orlando!) had a wonderful pool, so we cooled off with a dip and some sunbathing:

Apologies for the dark picture! I had to take a picture when a cloud was going over otherwise it was just way too bright. I also tried to get the picture when people were distracted, to make it look at least a little bit like I wasn’t a total weirdo 😉 I was a wonderful afternoon, marred only slightly by Rob throwing me under the kids waterfall to wake me up after an afternoon nap! I was very surprised to say the least, although probably not as surprised as the poor children…

That evening, one of our new favorite things in America – Shuffleboard! If you’ve visited us in Fort Collins we may well have forced you to come and play the hand-held version, but if not Shuffleboard is basically Curling on dry land. We were very excited to see that the hotel had a full-size Shuffleboard, so off we went! 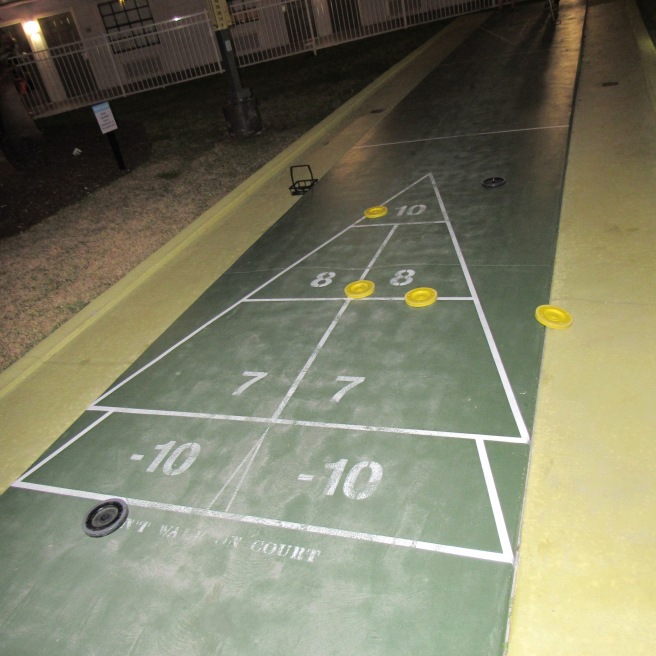 You play one on one and take it in turns to push the discs down the court, and the points difference is assigned to the winner – in this case we played to 75 points (which takes less time than you might think). It’s not that hard to get the discs in the right areas, but the challenge comes when they are immediately knocked out again by your opponent… I also had a the challenge that Rob, Mollie and Cody are all quite good at Curling (or in Cody’s case, EXTREMELY good) but I still managed to avoid getting beaten too horribly. The fact that come 6:30 we were basically playing the dark really helped!

It was a lot of fun, plus a chance to actually relax a little more despite the fact that we were all revving up for work and the conference the following day 🙂 Very good times!

Next up.. Homosassa Springs! Which was beautiful and I took about 10 millions pictures, so I’ll have to save that for a separate blog post 🙂