On Saturday, I managed to tick another item of our US to do list, namely see an American Football game and tailgate.

My university team the CSU Rams (Colorado State University) played against the Northern Colorado bears, who are a slightly weaker team in the same league. But as good as the game was (I will come to that), the pre-game was even better. 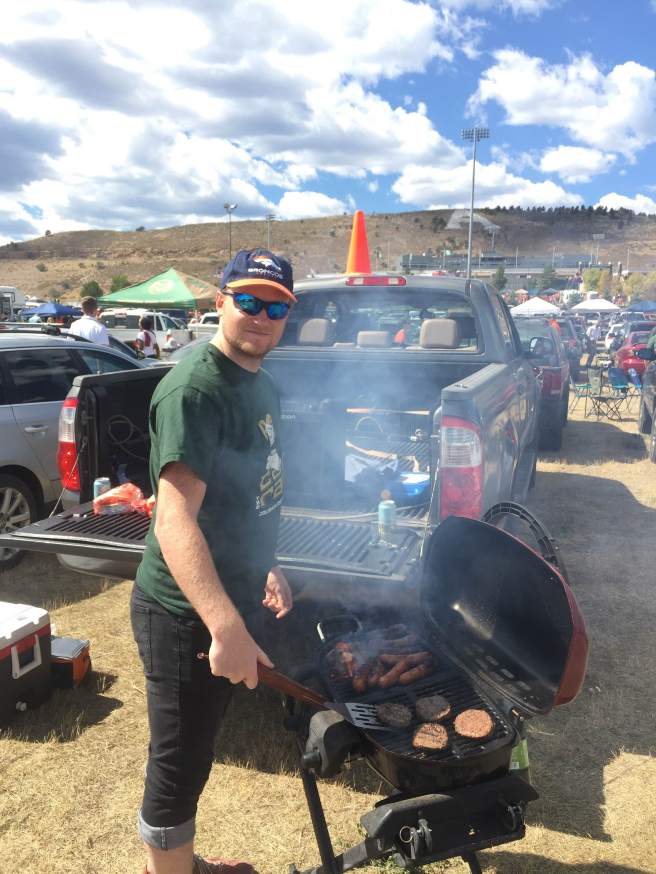 Before the football game, lots of people tailgate, whereby they park up outside the stadium early and setup a grill on the back of a pickup tailgate (hence the name), drink some beer, play some music and play pretend quarterback (I now know how to throw a football properly). Basically, it’s an informal hype up party and is somewhat of an American tradition.

This was a special game for three reasons:

Hopefully this won’t disrupt campus too much and won’t mess up our experiments. Here is an artists representation of the new one: 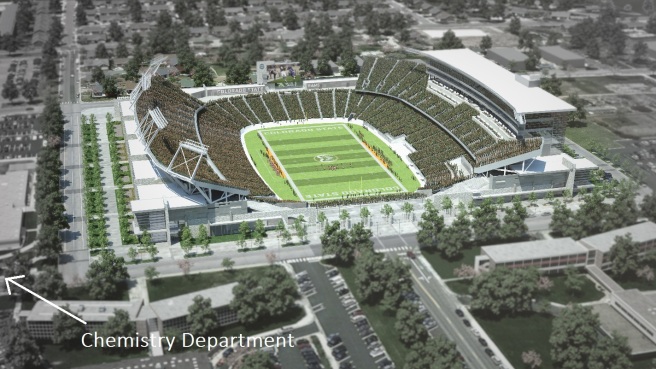 It really is quite some experience seeing a live match. Even though this was just a university match, 27,000 people turned up. This is about the same average home turn out for Southampton or Crystal Palace in the English Premiership. We ended up sat right behind the CSU marching band who had different songs for every different event (e.g. one for 1st down, one for 3rd down, one for time outs etc.). 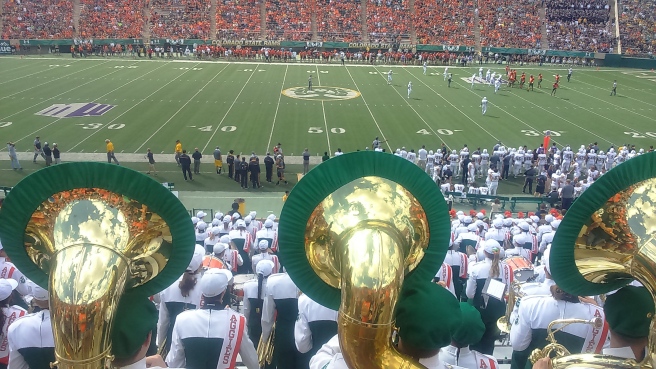 The touchdown song was really quite something up close behind the Euphoniums, especially when accompanied by an artillery cannon and cam the ram (our team mascot) doing a lap of the pitch. 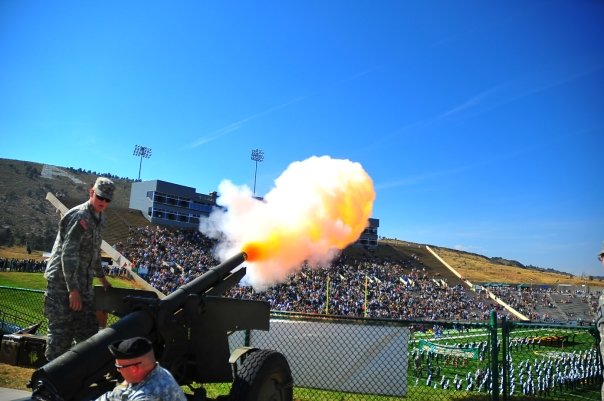 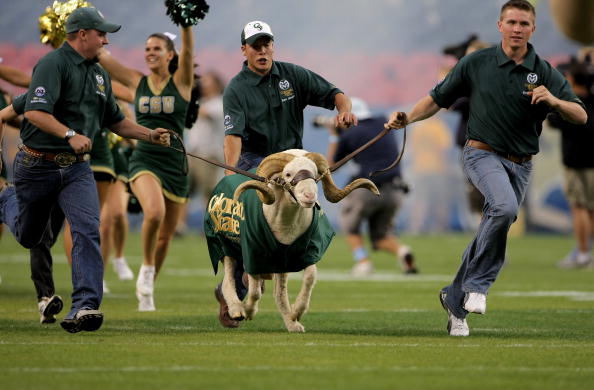 The final excellent bit of trivia is that how popular football in the US is and how the system works. The students get great scholarships and get their tuition free, but do not get paid. The coach however earns more than the head of the University, such is the love of sports here. And his name is coach bobo!

All that remains is to thank Mike for taking me, and for those who want to see a very funny, quite biased, British comedians view on student athletes and coaches; I recommend John Oliver’s show ‘last week tonight’ on HBO.